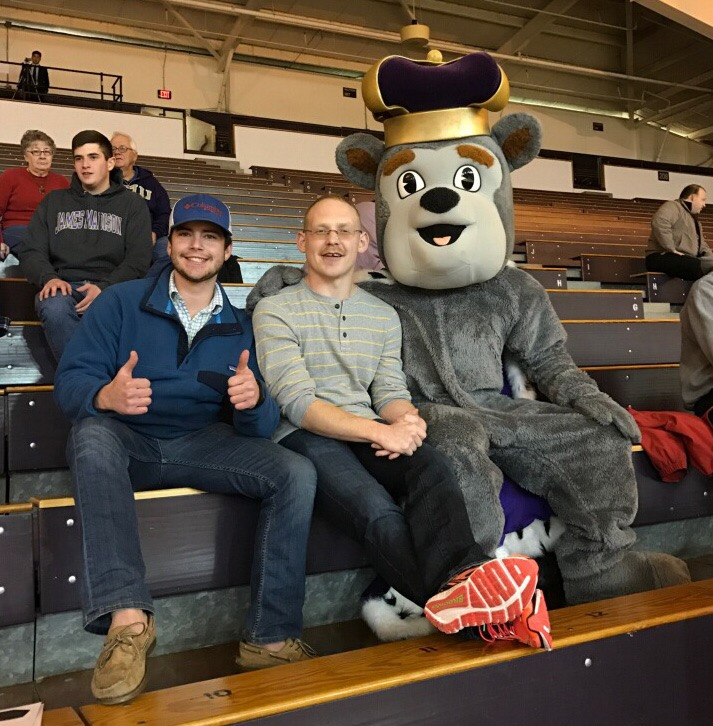 Sports challenge many people. For 24-year-old Jacob Robertson, sports presented just another obstacle he has had to overcome. Although diagnosed with cerebral palsy, sensory processing disorder, and coordination movement disorder, among other things, Jacob has been playing sports throughout his life.

There were not a lot of opportunities when Jacob was young due to the competitiveness of many teams. His mother, Lorri Robertson, states, “A lot of teams play too rough because they are in it to win.” It was hard for him to play on this type of team and in that kind of environment, but Jacob still continued playing sports. He found a couple of coaches that didn’t care if they won or lost, allowing him to play one year of baseball and one year of basketball. About four years ago, Jacob also found Special Olympics, and it was one of the first times that he really got to play on a team. With Special Olympics, Jacob also discovered his love for soccer, his favorite sport. After spending a year as a field player, Jacob now serves as a goalkeeper. One day Jacob blocked a goal from going in and got hurt while doing so. As people were running onto the field to check on him, he got up and started waving his arms and saying, “Not in my house! It’s not happening! Not in my house!” Being a goalkeeper is especially difficult for Jacob because he doesn’t have the depth perception that other people do. He still pursues it because he loves the position. As Lorri sees it, Jacob “has to work extra hard to know when the ball is coming and how to block it, but he just goes all out.” His team has placed in the state tournament every year he has played, and every year he just tries to keep getting better.

Jacob is also involved in the summer LEAP (Leisure Experiences for Active People) program run by Wilson Workforce and Rehabilitation Center. During a day full of outdoor fun, he gets to do one of his favorite activities, scuba diving. This was never a possibility or an option for Jacob before LEAP. It is something completely different than he is used to doing, and he loves wearing the equipment and going under water.

Programs, like Special Olympics and LEAP, have helped Jacob to find friends and be able to better communicate with people. He has fun, but “his social skills and speech are not up to where they should be, and he doesn’t take social cues from people,” according to Lorri. Through these programs and the support from his family, Jacob is improving in how he talks to others and gaining relationships with each step he takes in life. As Jacob says, “Don’t let anyone tell you… you can’t! You can find a way and CAN DO IT!”

Looking for ideas about how to make your program(s) more inclusive?

Is there something going on in the Shenandoah Valley that we should have on our calendar? Click the button to let us know!